Aspire Zone successfully hosted the fourth edition of Aspire Jam on Saturday, March 14 from 3 PM to 8 PM at the Aspire Park Basketball Court, in a thrilling final which saw Ballers walk away with the title after beating Clutch in an incredibly close match. The Good Guys came in at third place, rounding out what was another fantastic edition of Aspire Jam.

This year’s winning team, Ballers, demonstrated their wide range of basketball skills and showed why they were crowned the winners at the 2015 edition of Aspire Jam. Yousef Aziz, an ex-professional basketball player whose father was a former NBA player, spoke on behalf of the Ballers and said: “We are thrilled to have won this year’s edition of Aspire Jam. Clutch played an awesome game today and it was a lot of fun as we enjoyed ourselves out there on the court. We look forward to defending our title at the next edition of Aspire Zone’s Aspire Jam.”

Mr. Abdulla Al Khater, Events Manager at Aspire Zone, said: “We are delighted to have organised the fourth edition of Aspire Jam and for putting together another successful event. All of the teams were great and demonstrated outstanding skills, technique and a fighting team spirit.”

Al Shaqab, a group of Qatari friends who have bonded over a shared love of basketball and have been playing together for a number of years, also participated in this year’s Aspire Jam placing fourth. The team also played in last year’s competition and finished in third place.

Salah Ateeq, of Al Shaqab, said: “It was awesome to be able to participate for a second year in a row at Aspire Jam, as we have all been playing basketball together for a really long time and we love playing in front of a home grown crowd.”

During Aspire Jam there was music and entertainment for the crowd to enjoy. Meanwhile, there were two additional winners during Aspire Jam, Mr. Ahmed Ali who was the social media winner along with Steve Martinez, an 11 year old boy was the spectator winner after scoring three points on the court.

Next up on Aspire Zone’s calendar is their landmark event, the Aspire Torch Staircase Run, which will be held at The Torch Hotel from March 27-28, 2015. One of the highlights of that event is the inaugural Towerrunning World Championships 2015.

Aspire Zone remains dedicated to organising events that promote living a healthy lifestyle and encourage the community to be active. For more information on all of the activities that are happening at Aspire Zone, visit: www.lifeinaspire.qa 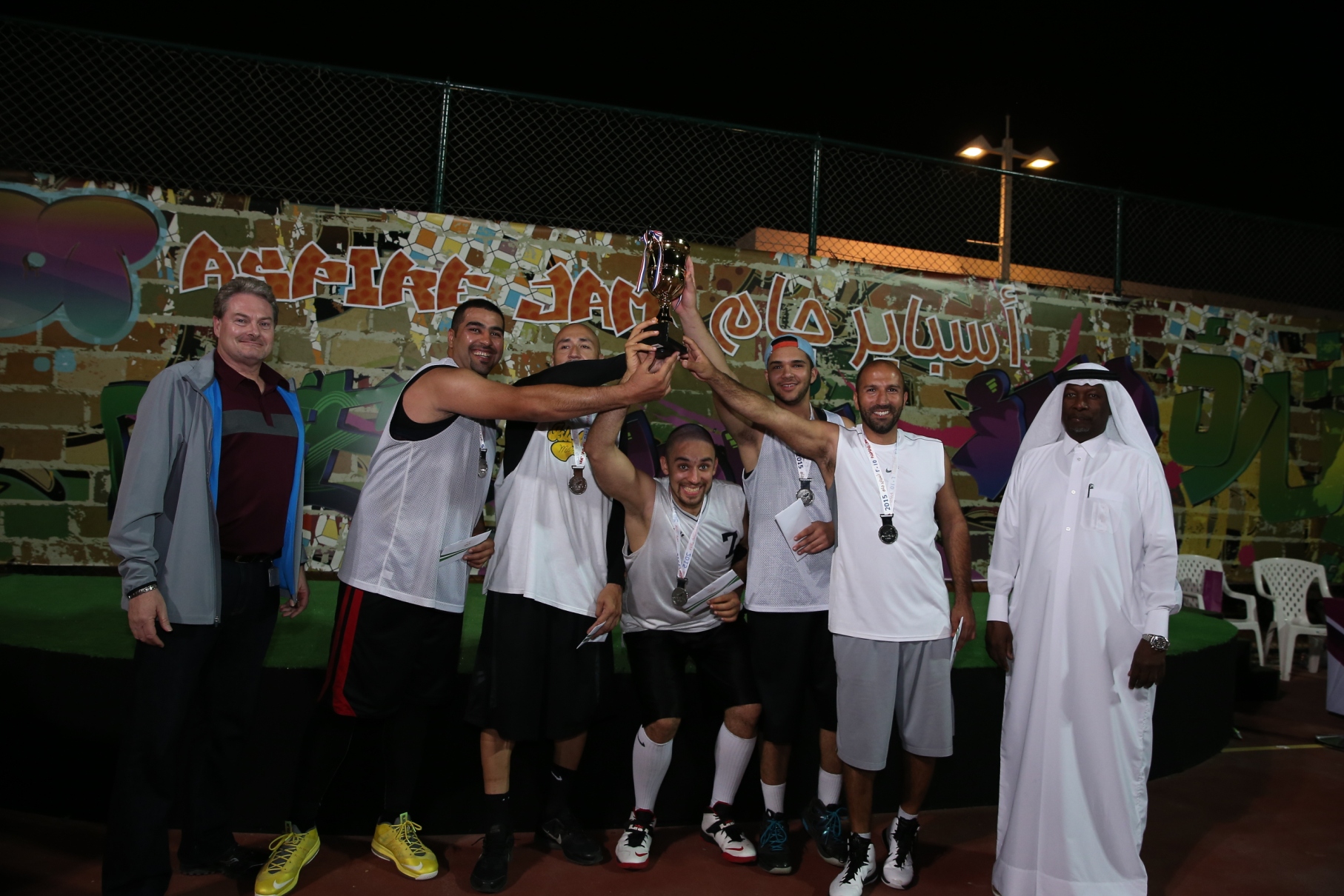 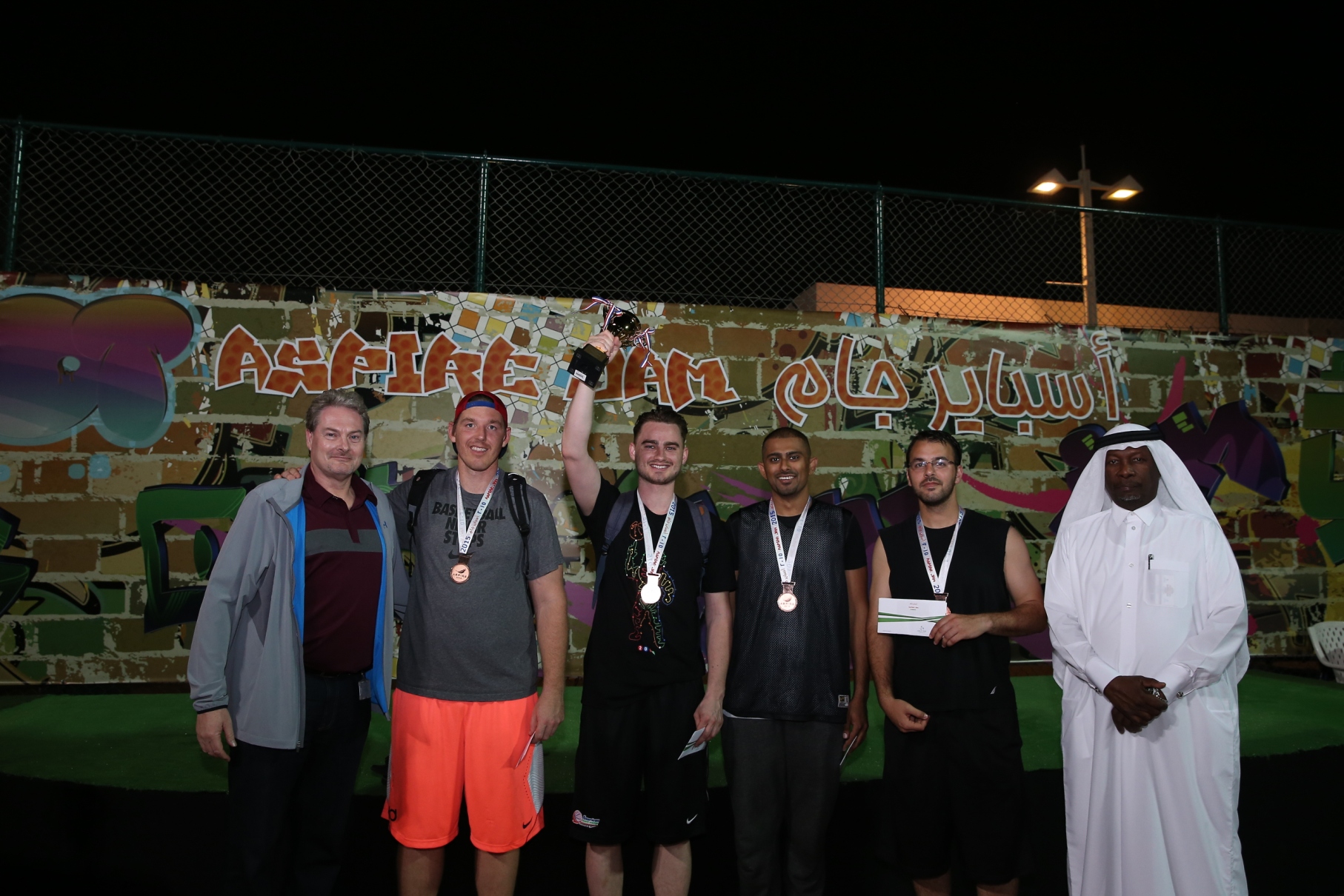