Aspire Zone is looking forward to hosting the fourth edition of the Aspire Torch Staircase Run along with the inaugural Towerruning World Championships 2015, especially as this race is the only one of its kind to be officially organised in the Middle East. The announcement came during a press conference held at THE TORCH DOHA with VIP representatives from Aspire Zone; Mr. Abdulla Al Khater, Aspire Events Manager; Mr. Phillip Templar, Aspire Venues and Events Director; and Mr. Sebastian Wurster, President of the Towerrunning World Association (TWA) all in attendance.

The Aspire Torch Staircase Run is taking place this weekend from March 27-28, 2015 and includes a two-day race programme with three heats comprising of different distances and competition modes.

The first heat of this landmark event will take place tomorrow morning at 9:00 AM, with 500 local competitors, including residents and 15 Qatari Nationals, and international athletes tipped to race to the 51st floor of The Torch. Meanwhile, the second heat will take place later that afternoon with the top 30 male and top 30 female competitors moving through to this round based on an individual time trial sprint that will be held on the same day. This heat will be a sprint to the 30th floor, starting at intervals.

Mr. Sebastian Wurster, President of the TWA, opened the press conference and said: “I’m delighted to see how well the preparations are going and how the setup is looking for the Aspire Torch Staircase Run, and we anticipate a lot of action both on and off the stairs.”

Mr. Phillip Templar, Aspire Logistics and Events Director, then said: “Aspire Zone is very committed to the development of sports across Qatar and we are privileged to be working with the TWA. We will be hosting a number of elite athletes in what is shaping up to be a tough race yet an enjoyable one. Our facilities underline Aspire Zone’s and Qatar’s commitment to promoting sport and a healthy lifestyle.”

Mr. Abdullah Al Khater, Aspire Logistics Events Manager, said: “Aspire Zone welcomes all of the athletes participating in the Aspire Torch Staircase Run and we are privileged and honoured to be hosting the Towerruning World Championships 2015. Regionally speaking this is an unprecedented event and highlights Doha as a sports destination, as this competition in a new sport both in Doha and in the region.”

Aspire Zone’s Towerrunning World Championships 2015 is considered to be the highlight of the event as it is the ideal opportunity for both the community and the best Tower runners from across the globe to compete for the opportunity to be crowned the sport’s first global champion.

Further, Aspire Zone is looking to build upon the success of the 2014 edition of the Aspire Torch Staircase Run which was awarded official Grand Prix status and attracted 350 elite runners, including some of the best international stair runners from Europe, the US and Australia. Aspire Zone will also continue promoting Towerrunning as a sport both in the State of Qatar and throughout the region, as Towerruning is one of the fastest growing sports with competitions held in 40 countries worldwide.

This was followed by an introduction to the world class athletes who included, Suzanne Walsham, TWC 2014 ranked 1st and Darren Wilson, TWC 2014 ranking 4th. Both Suzanne and Darren emphasized how thankful they were to Aspire Zone and the TWA for putting together this wonderful event. They also said that it was great to see elite athletes as well as local residents of Qatar participating in this wonderful sport and event.

The Aspire Torch Staircase Run will also feature a fan zone next to The Torch Hotel with fun and games that the whole family can enjoy. The activities include: a tower obstacle course, tower building, tower buzzer challenge, torch puzzle, step up fitness, step aerobics class, face painting, snacks and gifts for the children, as well as the chance to win an iPod. Meanwhile, a gala dinner is scheduled to take place after the final event at THE TORCH HOTEL DOHA with 100 athletes and officials attending.

The Aspire Torch Staircase Run is also open to the public for those aged 18 years and over, who have the ability and have undergone intensive training prior to the race. A number of World Champion Staircase runners will also be there, so local residents are invited to challenge themselves against the very best that the sport has to offer. For more information on this fantastic event, please visit www.lifeinaspire.qa 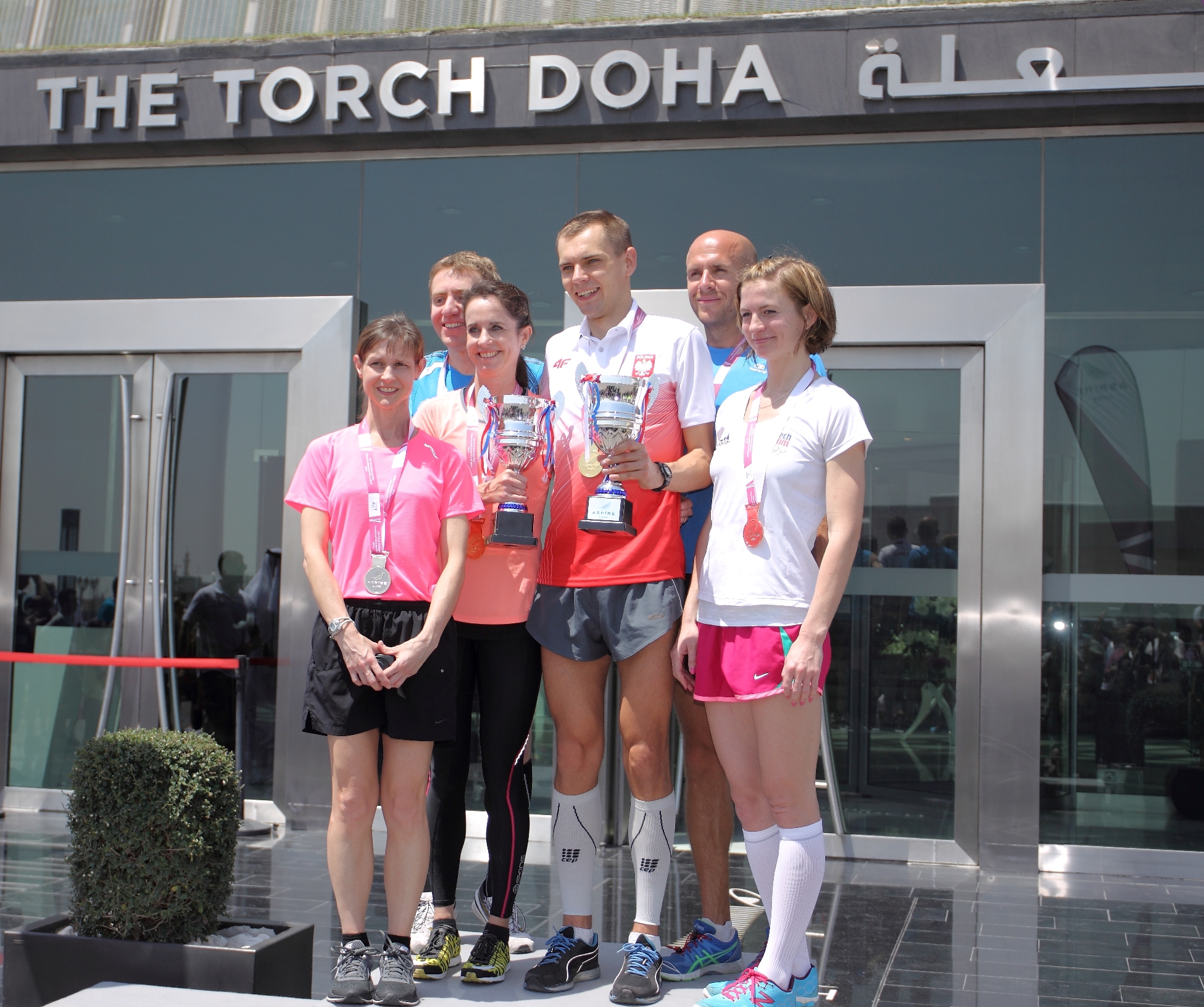 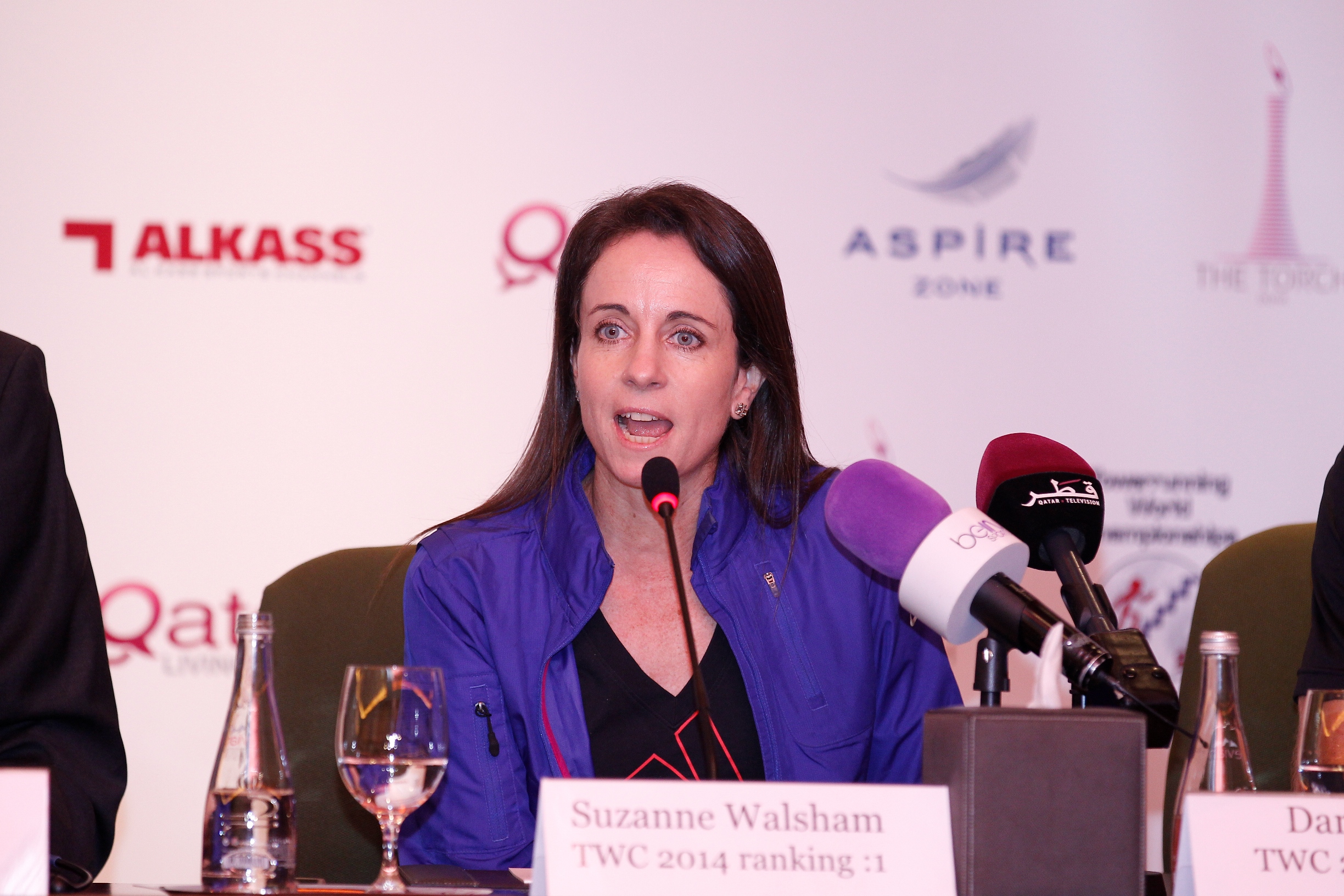